Evolve and Learn Before You Die 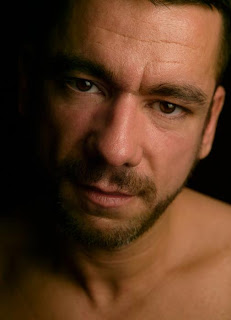 Spencer Cox, one of more eloquent, sassy and self-taught scholars of the AIDS activist community, died today. If you didn't know him, I feel sad for you. I feel sad, period.

Here is the ACT UP obituary.

Here is a Towleroad post about Spencer (replete with inane comments from a few total jerks whom Spencer could have withered with a single remark!)

An example: "So World AIDS Day is on Saturday -- has everyone finished their shopping?"

Spencer Cox, one of the most significant AIDS activists in America has died aged 44 of AIDS related causes. 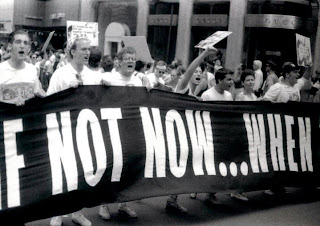 According to his obituary on the ACT UP website, Cox “schooled himself in the basic science of AIDS and became something of an expert, a ‘citizen scientist’ whose ideas were sought by working scientists. In the end, Spencer wrote the drug trial protocol which TAG proposed for testing the promising protease inhibitor drugs in 1995. Adopted by industry, it helped develop rapid and reliable answers about the power of those drugs, and led to their quick approval by the FDA.”

Between 1994 and 1999 as director of the HIV Project for TAG, he undertook groundbreaking work in drug trials designs. 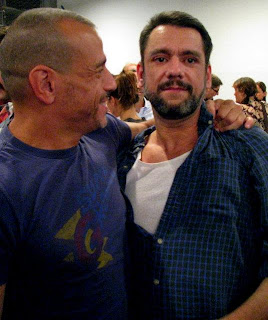 “Spencer single-handedly sped up the development and marketing of the protease inhibitors, which currently are saving 8 million lives,” says TAG executive director Mark Harrington. “He was absolutely brilliant, just off the charts brilliant.”

Here is a video, a short moment from the acclaimed David France documentary, How to Survive a Plague. Sadly, Spencer did not survive this plague, and it is a plague, as our mutual ACT UP den mother  Larry Kramer has so truthfully and so harshly stated time and time again.

But it is fitting that, as that film gains international attention, screenings and award nominations, Spencer gains a bit of deserved posthumous fame, comparable to the film icons he deftly quoted.

As Gregg Gonsalvez wrote in a post on the growing tributes on Spencer "Squeaky" Cox's Facebook page, "This is how I choose to remember him, Baby Jane Patrick Spencer Cox. Smoking, flirting, wisecracking, bitchy...old beyond his years..." A YouTube clip from Whatever Happened to Baby Jane? follows. 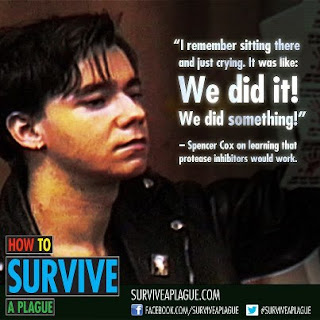 When I visited New York City last June, Spencer was one of the few people I immediately asked to visit with, unfortunately, he was enduring some health problems at the time, and unable to meet up with me. Yet, like many others, I enjoyed his succinct and utterly on-target bon mots on Facebook, wry and spot-on remarks that offered a sweetly sarcastic spin on any topic. He could eviscerate cultural ignorance with a single barb. He was brilliant and sweet, and made me feel cute and sexy in those young naive and idealistic ACT UP days in New York.

It's easy to wax nostalgic for those revolutionary times. Hell, I wrote two "nostalgic" novels about that era. But really, it's well past time to remember that people died. and people keep dying.

As he wrote in his POZ essay, "We’re very focused on living with AIDS. This magazine, for instance, is usually filled with helpful hints for dealing with irritating side effects, advice about safer sex and nutrition and cheery and inspiring stories about people making the most of their lives. And most of the time, that’s how it should be. But maybe once in a while, we need to stop and remember what happened to us. Maybe if we made some room for our sadness, we wouldn’t be so depressed."