Adopt Inky, a one-year-old former street youth saved from a life of crime and nurtured by a a loving family.

He's still a bit uncouth, needs a scratching post, and likes to hide in the closet. We think he's gay.

After he got fixed, he got a bit of a chub, and he's still got his claws, but with light play he retracts them. He's easily amused by tossed paper, string and toys.

We know you'll fall in love with him.
Posted by Jim Provenzano at 5:40 PM No comments: In a seismic shift on one of the most profound " and profoundly contentious " Roman Catholic teachings, the Vatican said Tuesday that condoms are the lesser of two evils when used to curb the spread of AIDS, even if their use prevents a pregnancy.

The position was an acknowledgment that the church's long-held anti-birth control stance against condoms doesn't justify putting lives at risk.

"This is a game-changer," declared the Rev. James Martin, a prominent Jesuit writer and editor.

The new stance was staked out as the Vatican explained Pope Benedict XVI's comments on condoms and HIV in a book that came out Tuesday based on his interview with a German journalist.

The Vatican still holds that condom use is immoral and that church doctrine forbidding artificial birth control remains unchanged. Still, the reassessment on condom use to help prevent disease carries profound significance, particularly in Africa where AIDS is rampant.


NOW will you get over myself and a few thousand others, 110 others inside, for stating this case quite emphatically to the nearest annex of his church, more than twenty years ago? 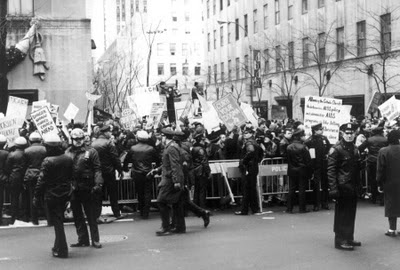 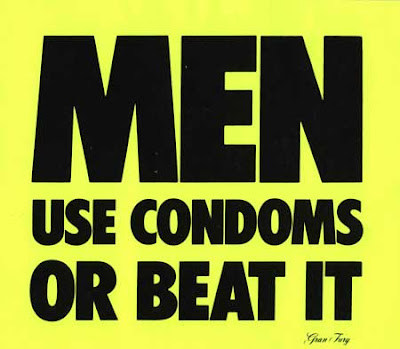 Posted by Jim Provenzano at 7:54 PM No comments: 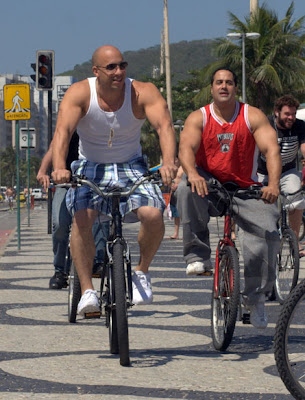 The cat-calling for my favorite biracial bald muscled movie star reaches new proportions on D-Listed, where there are more photos of Vin Diesel riding a bike in Rio with his boyfrie--, friends, er, trainers, er, entourage.

Wear a helmet, dude! We don't want that perfect head getting bumped.
Posted by Jim Provenzano at 2:51 PM No comments: 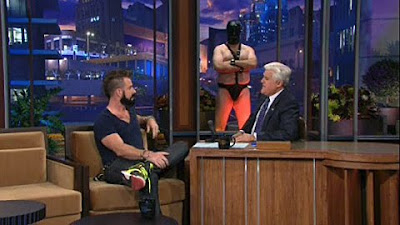 Brian Wilson shows off his total fagstagocity on the Jay Leno Show.

Posted by Jim Provenzano at 10:22 AM No comments:

Dig in for the Holidays 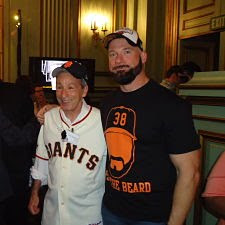 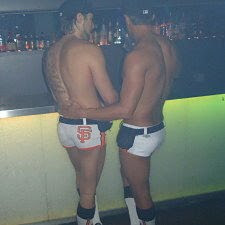 A bit more at BARtab.
Posted by Jim Provenzano at 1:38 PM No comments: