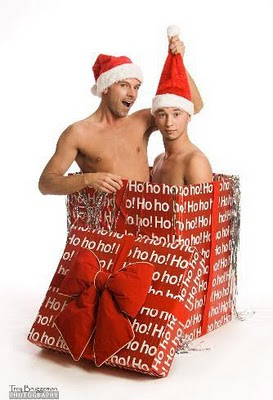 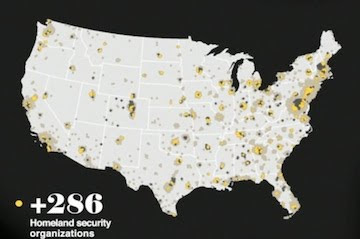 Where are your alleged "anti-terrorism" tax dollars going?

Billions are going down the drain in offices full of untrained unauthorized surveillance of those would-be terrorists, bike lane advocates.

1. The FBI's Nationwide Suspicious Activity Reporting Initiative, or SAR, currently contains 161,948 suspicious activity files, into which authorities can put information they've gathered about the people at the center of the files: employment history, financial documents, phone numbers, photos. In many cases, the people in the files have not been accused of any crime but have attracted the suspicions of a local cop, FBI agent or even fellow citizen. The files have led to five arrests but no convictions, the FBI says. Some of the files are unclassified so that local police agencies and even businesses can submit reports on anyone they deem suspicious.

2. The Department of Homeland Security does not know how much it spends in funding state fusion centers, which synthesize security information from all state agencies and feed information to SAR. But since 2001, the department has doled out $31 billion to states and localities for domestic security initiatives.

3. Local officials at these fusion centers are tasked with understanding terrorism, but have little or no training. To fill the void, self-styled experts with fairly extreme views on the scope of the Muslim terrorist threat are asked to come in and train local authorities, the Post reports. Professed ex-terrorist Walid Shoebat told a group at the first annual South Dakota Fusion Center Conference in Sioux Falls this year that they should monitor local Muslim student groups and mosques and try to tap their phones. "You can find out a lot of information that way," he said.

National intelligence officials told the Post they preferred that people with "evidence-based" approaches to Islam were lecturing instead, but that no guidelines are in place to determine the qualifications of a given speaker.

4. The localities are often left without guidance from the Department of Homeland Security, which can lead to confusion about the counter-terrorism actions they're supposed to be carrying out. Virginia's fusion center named historically black colleges as "potential" terrorism hubs; Maryland State Police infiltrated local groups that lobbied for bike lanes and human rights; and a contractor in Pennsylvania writing an intelligence bulletin flagged meetings of the Tea Party Patriots Coalition and environmental activists.

5. Many states and towns are taking the unprecedented amounts of money handed out to fight terrorists and are using it instead to fight crime. "We have our own terrorists, and they are taking lives every day," Memphis Police Director Larry Godwin said.
Posted by Jim Provenzano at 4:03 PM No comments: 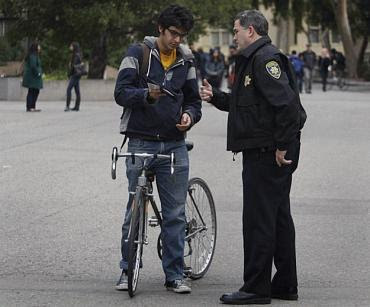 If you think cycling isn't a political issue, the latest brouhaha over Berkeley cops fining a student $440 for locking his bike and running a stop sign should prove you wrong.

Campus cops are swarming around students who dare to ride their bikes across a plaza, or -shockers!- cruise through a stop sign when there's no traffic. Berkeleyites are mad!

Just look at the angry arguments on SF Weekly's blog post, "A Bike is not a Car."

Anyone who isn't a cyclist seems to view cyclists as cast members from Death Race 2000. Demonize the wheeled ones while you yack on your cell phone, straddling two lanes in your SUV. Go ahead.

But fining someone for cycling violations, and demanding a driver's license, is not legal, or cool. A 10-year-old kid can ride a bike. You don't need a license to ride a bike, and motor vehicle laws do not apply.

Stop attacking cyclists. Pretty soon there won't be any more oil, and there will be a lot more people cycling by necessity, not just for fun.
Posted by Jim Provenzano at 11:23 AM No comments:

Fire in My Belly by David Wojnarowicz, Diamanda Galas

This got censored, in Washington, D.C.
Just like Mapplethorpe in 1989. and the Gang of Four.

Robert Mapplethorpe. Wojnarowicz, Diamanda Galas.
If you don't know who they are, first of all, you're clueless; second, find out about them if you don't.

Two trillion on wars, and some 20-year-old East Village poverty super-8 classic with chilling vocals by the most piercing clarity, combined with a frenetic montage of the experience of their abuse during the AIDS war, SCARES the reichwing into censoring this art.

Because they have nothing better to do? Now?

This fuss is about the larger topic of the show: Gay love, and images of it. The headline that ran over coverage of the matter on the right-wing Web site CNSnews.com mentioned the crucifix - but as only one item in a list of the exhibition's "shockers" that included "naked brothers kissing, genitalia and Ellen DeGeneres grabbing her breasts." (Through a bra, one might note, in an image that's less shocking than many moves by Lady Gaga.) The same site decries "a painting the Smithsonian itself describes in the show's catalog as 'homoerotic'. "

Against all odds, the stodgy old National Portrait Gallery has recently become one of the most interesting, daring institutions in Washington. Its 2009 show on Marcel Duchamp's self-portrayal was important, strange and brave. "Hide/Seek," the show about gay love that it opened in October, was crucial - a first of its kind - and courageous, as well as being full of wonderful art. My review of it was a rave.

Now the NPG, and the Smithsonian Institution it is part of, look set to come off as cowards. Tuesday, after a few hours of pressure from the Catholic League and various conservatives, it decided to remove a video by David Wojnarowicz, a gay artist who died from AIDS-related illness in 1992. As part of "Hide/Seek," the gallery was showing a four-minute excerpt from a 1987 piece titled "A Fire in My Belly," made in honor of Peter Hujar, an artist-colleague and lover of Wojnarowicz who had died of AIDS complications in 1987. And for 11 seconds of that meandering, stream-of-consciousness work (the full version is 30 minutes long) a crucifix appears onscreen with ants crawling on it. It seems such an inconsequential part of the total video that neither I nor anyone I've spoken to who saw the work remembered it at all.

But that is the portion of the video that the Catholic League has decried as "designed to insult and inflict injury and assault the sensibilities of Christians," and described as "hate speech" - despite the artist's own hopes that the passage would speak to the suffering of his dead friend. The irony is that Wojnarowicz's reading of his piece puts it smack in the middle of the great tradition of using images of Christ to speak about the suffering of all mankind. There is a long, respectable history of showing hideously grisly images of Jesus - 17th-century sculptures in the National Gallery's recent show of Spanish sacred art could not have been more gory or distressing - and Wojnarowicz's video is nothing more than a relatively tepid reworking of that imagery, in modern terms.

An indictment on Super8, scaring the bejeezus out of the rightwing.
Posted by Jim Provenzano at 10:31 PM 2 comments: 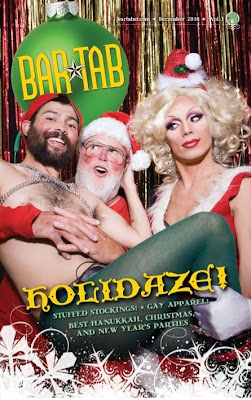 December is my favoritest month.