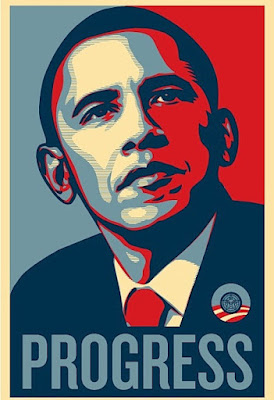 “Over the course of several years, as I talked to friends and family and neighbors. When I think about members of my own staff who are in incredibly committed monogamous relationships, same-sex relationships, who are raising kids together, when I about those soldiers or airmen or Marines, sailors, who are out their fighting on my behalf yet feel constrained, even now that don’t ask don’t tell is gone, because they’re not able to commit themselves in a marriage; At a certain point I’ve just concluded that for me personally, it is important for me to go ahead and affirm I think same sex couples should be able to get married.”

Huffington Post
Posted by Jim Provenzano at 12:20 PM No comments: 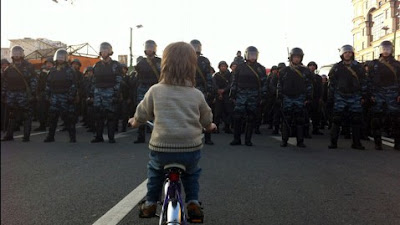 MOSCOW — As a bloody skirmish between police and opposition activists in central Moscow was drawing to a close on Sunday a small boy on a tiny bicycle pedaled through the crowd and approached a line of hulking riot police.

He sat there for a moment, balancing on his training wheels, staring at the menacing troops who were decked out in blue camouflage uniforms and full riot gear, nightsticks at the ready.

A group of protesters who had been heckling the cops began jeering, “Here’s the guy that will storm the Kremlin. Be ready boys! Here he comes!”

Julia Ioffe, the Moscow correspondent for The New Yorker and Foreign Policy magazine, happened to be standing right behind him. She whipped out her iPhone and snapped a picture which she tweeted out to her over 6,000 followers with the caption “Russia’s Tianamen (sic) image.”

Read more on ABC News.
Posted by Jim Provenzano at 2:36 PM No comments: