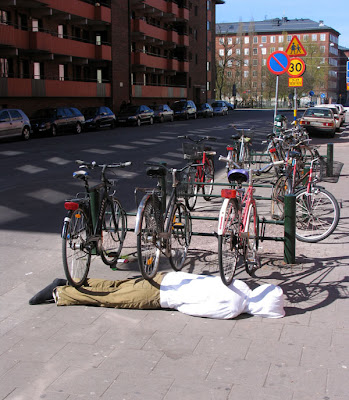 This is, unfortunately how some of my pedestrian pals feel about speeding cyclists.
Of course, this is not real, but says something that is creepy and hilarious.

Last weekend, news of the imminent closing of A Different Light Bookstore was published on Bay Citizen. A Different Light had been a standard of the ultimate gay bookstore for decades. Under management by prolific editor Richard Labonté, the store stocked pretty much every LGBT title at the time. 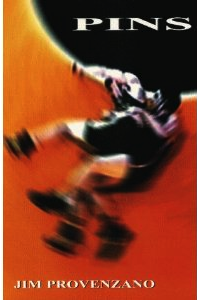 When I self-published my first novel PINS in 1999, Labonté and his staff ordered copies by the carton. I would occasionally haul a 50-pound box in a duffel bag, arrive sweaty on my bike, and unload the books with a sense of accomplishment, and the consignment sales checks kept arriving on time.

I also read many times with short story anthology contributors at events that were more like literary parties. Readings I had at the Los Angeles and New York branches (both have closed) were also successful and fun.

Having read from novels and short stories more than a dozen times at ADL, it's really saddening to see this happen. Similarly, Modern Times Bookstore, where I also read and bought books many times, has closed.

Everyone saw this coming more than a decade ago. Online sales have wiped out independent bookstores, and people need to support them.

But at the same time, I had to take advantage of online sales to reach a broad audience, many of whom don't or can't buy retail.

As my second and third books, Monkey Suits and Cyclizen were released, I took advantage of the streamlined Print-On-Demand format. Selling them via consignment became problematic, however, as bookstores got a much smaller sales percentage, leaving reading events to be mere symbolic promotional appearances.

Here in San Francisco, down Market Street, Books Inc. maintains success by mixing a good dose of LGBT titles with mainstream books, calendars and magazines. Readings there are usually well attended, despite the occasional clunk of weights from the gym upstairs. 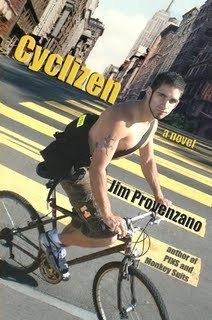 Yet, as this sad news hit, I got a message from the publisher of my third novel, Cyclizen, that they will include it among many titles being published via eBook format free of charge.

This is right when I've been futzing with the problematic ePub application. For this book, at least, that's being taken care of, and Cyclizen should be available via the Apple iBookstore in about a month.

The pages of publishing have been turning, and now scrolling, very fast. As I polish up what may be my next novel, I've already begun formatting it in an eBook-friendly format before offering a print version.

It's sad to see this kind of change, but it's inevitable. Bookstores may not survive, but books can.

And although few things can replace the pleasure of literally sitting down with a book made of paper, the possibility of being more green, while still sharing my work, offers hope.

(Very interesting column by Thomas Roche about ADL's closing, specifically, the comment made that "gay stories have all been told.")
Posted by Jim Provenzano at 6:36 PM 1 comment: