GOPigs Weasel on about DADT

Rightwing candidates blather on in their usually hypocritical way to a gay veteran about why they support Don't Ask Don't Tell at the YouTube GOP "debates."


Rebroadcasts of the CNN/YouTube debate for Republican presidential candidates omitted a question from a retired brigadier general about the military's "don't ask, don't tell" policy, as well as the candidates' answers to the question. CNN did not note the omission.

In rebroadcasts of the November 28 CNN/YouTube debate for Republican presidential candidates, CNN expunged, without disclosure, a segment in which retired Brig. Gen. Keith Kerr asked the candidates to address "why you think that American men and women in uniform are not professional enough to serve with gays and lesbians." Kerr is a member of the Lesbian, Gay, Bisexual, and Transgender Americans for Hillary Clinton steering committee and a co-chairman of Sen. Hillary Rodham Clinton's (D-NY) Veterans and Military Retirees for Hillary Committee. In rebroadcasts of the debate at midnight ET and 3 a.m. ET on November 29, CNN omitted the Kerr question, as well as the candidates' answers to his question.

University of Southern California professor Marty Kaplan noted the omission in a blog entry on The Huffington Post, writing:

MORNING AFTER PILL UPDATE V: When CNN rebroadcast the debate, according to commenter AdamDek, the don't-ask-don't-tell question from Brig. Gen. (ret.) Keith Kerr was edited out of the program. Gone! Just like that. 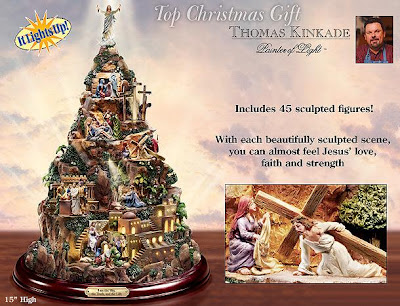 Who best to provide your perfect Christian holiday gift than Thomas Kinkade, "Painter of Light!" (TM).

You truly must enjoy its excess of Christian dreckness at the website, with the Christian VIEW up close feature, for peeking at every Christian detail in all its holy glory.

It's kind of like a cake on acid, or an assbackward take on Minas Tirith. But it Lights Up!! 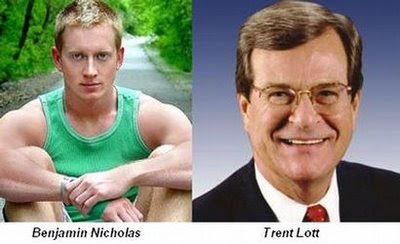 In other news of early holiday gifts, yet another potential Republican gay sex scandal is boiling over the blogosphere, but has yet to spill over itno mainstream (i.e. corporate-owned) newsfotainment.

JoeMyGod, TowleRoad and Queerty have it, while America Blog is dismissing it as a non-story, as is Dan Savage. Huffington Post also comments.

Why did Trent Lott abruptly quit his senate seat? Perhaps because he (allegedly) had a few trysts with twinky-dink gay ho. The ho is a bit of a blabbermouth plagiarist -turned-lips-sealed. Hey, who would want to end up dead in a ditch somewhere, which is what usually happens to ho's who tell after boinking closeted reichwing politicos?

Anyhoo, Larry Flynt claims to be on it, but he made a lot of claims.

A near-miss, so far, as was the almost pleasant news of Cheney's heart stopping, again.

It's nice to get holiday gifts early, even if they aren't wrapped properly. But then, as a kid, I always shopped from the catalogs, as did the brilliant blogger at Plaid Stallions. 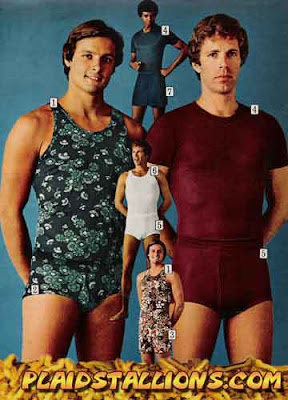 Posted by Jim Provenzano at 8:41 AM No comments:

Yeah, it's a tape from last year, but it happened this year, too.

Happy holidays to those greedy creeps!
Posted by Jim Provenzano at 11:20 PM No comments: 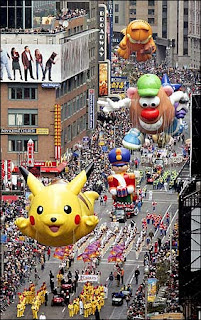 Thanksgiving, a time for family, food, and ignoring the obvious ironies of our nation's past, that of Native American slaughter, religious fundamentalism, and manifest destiny. 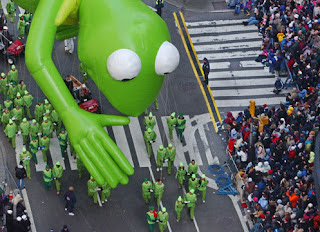 This year, I'm off to another small dinner for a few queens. What's left of my family is back in Ohio, where I was, and L.A., where I've been.

Two of my most unusual Thanksgivings were in New York City, when I got some freelance work through a fellow cater-waiter Darrin Humecki. He also designed clothes, and got me a gig dressing up Long Island Macy's employees for the annual parade. 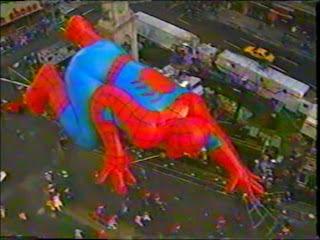 One year, I dressed up 30 people as bees, the next as trees. It basically involved stuffing big-haired gals and chubby guys from Islip into a rack full of costumes that had been stored in a warehouse in New Jersey. 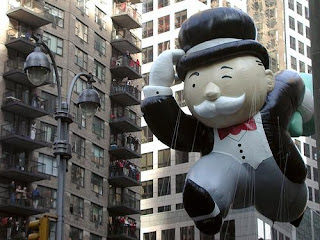 I'd also worked tangentially for Macy's at a Jersey City scene shop, building sets (the shop also made sets for The Public Theatre; pretty neat stuff, and my theatre training came in handy for what became one of my favorite jobs).

After getting the Macy's peeps dressed and out onto the street, I and the other dressers got to watch the parade and all the floats from a window in Macy's high above it all.

I know, it's not as witty and dry as David Sedaris' SantaLand Diaries, which is why he's a big famous chain-smoking author who lives in France, and I'm not.

But at least I've been to France, and can speak French.

Happy Turkey Day. I'm off to cook some carrots and brussel sprouts. I was going to bring Double Rainbow pumpkin ice cream, but I already ate it.
Posted by Jim Provenzano at 11:49 AM No comments:

One scene particularly resonates in the light of all the AIDS deaths we endured. Kent tries to explain to his parents why he's so unaffected by the death of his 81-year-old aunt. He tells Mom and Dad of all the memorials he's attended. He tries to explain to them what it's like seeing someone die before they're 30, weighing less than 100 lbs. But Mom and Dad either don't get it, or don't want to hear it. This sequence is beautifully, poetically written.

Cyclizen is unforgettable. Kent's look back on his younger days almost feels like a ghost story. The years covered in the book are a period that will indeed haunt us forever. - David Nahmod, Bay Area Reporter

And, nothing like having a nice review opposite a page of a huge erection! Rather appropriate, considering the content of my book:

Like Jim Provenzano's two earlier novels (PINS, about homophobia in amateur sports, and Monkey Suits, about working class gay activism), Cyclizen is about as far as you can get from the many safe and sanitary gay novels being cranked out nowadays.

The narrator, Kent, is a different kind of road warrior, working as a hip and hot bike messenger on New York's class-society terrain. An understandably burned-out AIDS activist, but still an idealist, his internal battle is with his past and present and with the men in his life.

Attractions and, ironically, activism get him involved with a Wall Street trader, but deeper friendships help him keep his balance. Like the wheels of a street-smart messenger's bike, the prose is fast, busy and sometimes jarring. Kent's real subject matter is not his own but our culture, relationships and our challenging times. - Mandate magazine

Posted by Jim Provenzano at 9:41 PM No comments:

I couldn't have asked for a more enthusiastic write-up of Cyclizen and my reading Saturday evening than in this week's Gay People's Chronicle.

One hell of a trip, like dodging cars on a fast bike

Cyclizen (Lulu, $14.95 trade paperback) is the tale of a bicycle courier, living in San Francisco, recounting his life in New York City during the heyday of ACT UP and other protest groups.

Provenzano accomplishes the seemingly miraculous task of spinning a yarn that is simultaneously meandering and as on-point as an arrow loosed from an over-taut bow.

Readers can never be sure where this book is heading, but it’s one hell of a trip from point A to point B, filled with rich vocabulary and occasional forays into clever wordplay.

Thanks to Anthony Glassman and GPC (they did a big ole feature in 2000 when I was back here in Ohio and read from PINS in Columbus.)!
Posted by Jim Provenzano at 8:32 AM 1 comment:

You can buy books that they publish, plus lots of other LGBT titles at www.alternaqueerbooks.com
Posted by Jim Provenzano at 10:08 AM No comments: