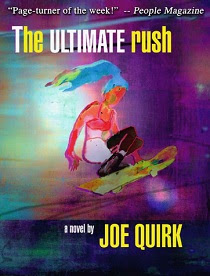 The New York Times reports on a novelist whose rollerblading messenger novel was developed for a screen adaptation, then the entire idea was ripped off, not unlike many an urban bicycle.

Everyone loves a good heist story, and that is what Mr. Quirk says he uncovered as he spent the last year figuring out how, in his view, the characters and plot of his “Ultimate Rush” came to be in Sony’s “Premium Rush.” He filed a lawsuit earlier this month — but had to talk to almost 50 lawyers before he could find one willing to take the case.

Even at time when the value of intellectual property is perhaps higher than ever, with local technology companies including Google and Apple spending billions of dollars on patents while the entertainment industry works frantically to stamp out piracy, it can be remarkably difficult for a lone creative professional like Mr. Quirk to protect his work.

Tell me about it! My sympathetic to Mr. Quirk. I definitely want to read his novel, I should have noticed it before writing Cyclizen.

UPDATE: Here's the trailer; over the top hyper-adventure but Mr. Gordon-Levitt stars, so I may break my integrity boycott and watch it.
Posted by Jim Provenzano at 9:12 PM No comments:

Posted by Jim Provenzano at 10:31 AM No comments:

Posted by Jim Provenzano at 11:20 AM No comments: 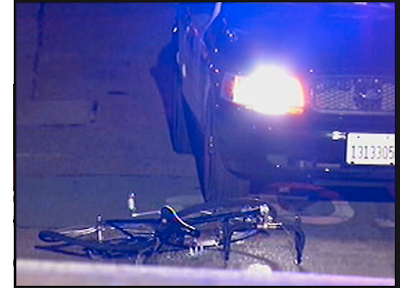 An Albany man accused of running down four bicyclists in the Mission District and Potrero Hill in a six-minute rampage last year must stand trial for attempted murder, a San Francisco judge said Tuesday.

The attorney for David Mark Clark, 40, said outside court that he will pursue an insanity defense.

See? Tennis is a gateway drug.

Seriously; the reason many cyclists are slim isn't the exercise, but the high-calorie-burning stress of constantly avoiding potential vehicular manslaughter.