Put up a Parking Spot 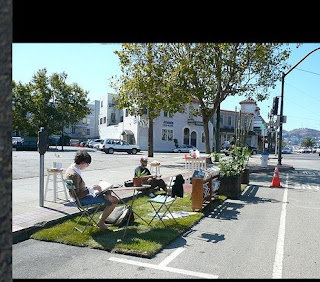 While I haven't had time to spot any installations, today is PARK(ing) Day.

People pay the meters at spots around the city to convert parking spaces to little yards, galleries, picnics and all sorts of activities.

PARK(ing) Day began in 2005 when Rebar, a San Francisco art collective, converted a single metered parking space into a temporary public park in an area of San Francisco that is underserved by public open space. 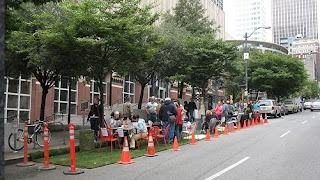 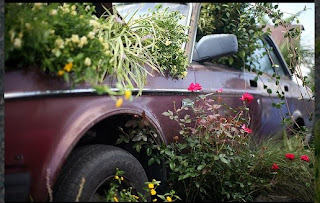 Back then the project was named simply PARK(ing), and was devised as a creative exploration of how urban public space is allocated and used. For example, up to 70% of San Francisco's downtown outdoor space is dedicated to the vehicle, while only a fraction of that space is allocated to the public realm. Paying the meter of a parking space enables one to lease precious urban real estate on a short-term basis. What is the range of possible activities for this short-term lease?

Since 2005, the project has grown into PARK(ing) Day, an annual worldwide phenomenon, created independently by groups of artists, activists and citizens. Along the way, Rebar has been supported by several non-profits that share our values and concerns about how urban space is used. 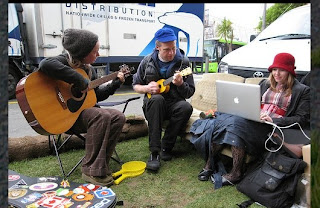 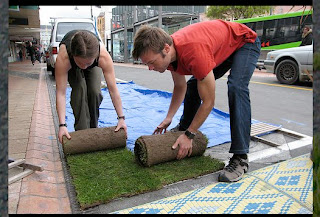 Yes, it's cute. Yes, it annoys people trying to park thier cars. I think that's the point.
Posted by Jim Provenzano at 11:20 AM