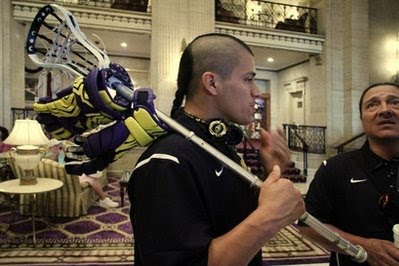 Big (firm grasp of the obvious) news! Gays blog. Gays are on Facebook, in droves.

The Harris Interactive online survey of 2,412 adults, of whom 271 self identified as gay or lesbian, found that gay adults are among the nation's most frequent blog readers and users of social networking sites. A majority (54%) of gay adults read blogs, up from 32% in 2006. Forty percent of heterosexual respondents reported reading blogs.

TechCrunch article: A new national survey carried out by market research firm Harris Interactive suggests gay and lesbian adults online today are among the most loyal and most frequent blog readers and social network users in the United States.

And since I spend 24/7 glogging (gay blogging) and Gayfacebooking, I have less time to spend here. Actually, I have a day job and a personal life, both of which are more productive than copy-pasting links and stuff here. So don't expect frequent new glogs here.

And because yet another screencap of a blog on a blog about blogs is frackin' dumb, Here's a hot pic of an Iroquois Nation lacrosse player. They refuse to get US passports, because, of course, they are not US citizens, but Iroquois Nation citizens (and not, as far as I know, gay, but very cute).

And if you don't understand the cultural logic of that protest, you probably never Friended me or read this glog anyway.
Posted by Jim Provenzano at 11:10 AM No comments: