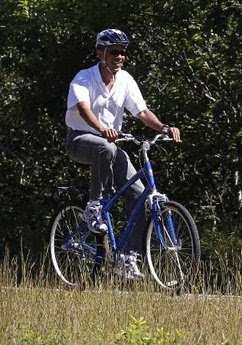 ...all I ever wanted.
Posted by Jim Provenzano at 1:21 PM No comments:

In which Fox "News"' Chris Wallace spews the faltering rightwing taking points, and gets schooled by Ted Olson.
Posted by Jim Provenzano at 11:10 AM No comments: 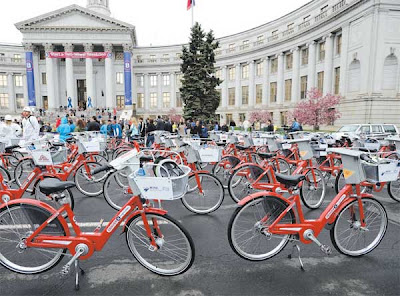 So, Proposition 8 was overturned as unconstitutional, like you haven't heard. I mean, really; biggest gay news of the year! Of course, I was just uploading web pages about it while everyone else was in the streets celebrating.

And, of course, rightwing douchbags are gnashing their fanged teeth, from adulterous 3-time divorcee Newt Gingrich to Michelle "Crazy Eyes" Bachmann. Other religious doofs seemed to have failed in their mass prayers to defeat the gays. and in Utah, God gave the Mor(m)ons an earthquake.

But what about cycling? Apparently, to the deranged rightwing, that's even gayerer.

The Denver Post reports on yet another crazy dip-brained rightwing doof who thinks bicycling is a commie conspiracy.

"This is all very well-disguised, but it will be exposed," Maes told about 50 supporters who showed up at a campaign rally last week in Centennial.

Maes said in a later interview that he once thought the mayor's efforts to promote cycling and other environmental initiatives were harmless and well-meaning. Now he realizes "that's exactly the attitude they want you to have."

"This is bigger than it looks like on the surface, and it could threaten our personal freedoms," Maes said."

The stupid. It hoitz.
Posted by Jim Provenzano at 9:48 PM No comments: