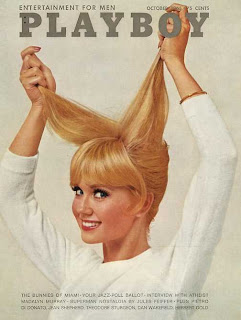 And I thought it was all those viewings of The Sound of Music!

That's according to Michael Schwartz, chief of staff for Sen. Tom Coburn (Rethug, Oklahoma), who was shooting his mouth off at Focus On The Family's Values Voters Summit (where they overwhelmingly voted for snake-handler Mike Huckabee as their preferred 2012 prez candidate) another fundy whack job who's infested himself into our government as an underling with no brains:

"But all pornography is homosexual pornography because all pornography turns your sexual drive inwards. And that in fact is what it does. I know couples now who are struggling with the husband’s addiction to pornography. It’s a terrible thing, and that is what happened to him. You know, if it doesn’t turn you homosexual, it at least renders you less capable of loving your wife."

Because, of course, every male is supposed to have a wife. He blathers on:

"All pornography is homosexual pornography because all pornography turns your sexual drive inwards. Now think about that. And if you, if you tell an 11-year-old boy about that, do you think he’s going to want to go out and get a copy of Playboy? I’m pretty sure he’ll lose interest. That’s the last thing he wants."

And apparently, rightwing fundies want to control who gets married, even if they're straight. Another brainless fundy spouted off at another rightwing convention, saying that the elderly and infertile shouldn't be allowed to marry, as they can't breed.

Because breeding, something cockroaches and rats do better than humans, is a "miracle" when a fundy like the Duggar wife pops 'em out like a clown car.