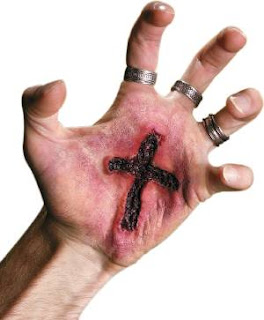 Have I mentioned how happy I was that my mom moved out of Ohio, thereby eliminating any need for me to ever go to that state again?

Here's yet another reason why:

A high school student in Ohio has won a $121K settlement from his school district after his science teacher burned the image of a cross on his arm. 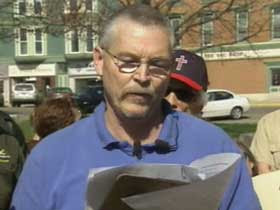 School board members in Mount Vernon agreed Wednesday night to resolve a federal lawsuit by paying $5,500 to the boy and his family and $115,500 to their lawyers. The family still has a similar suit pending against the eighth-grade teacher, John Freshwater. He was fired last year by the school district northeast of Columbus after an internal investigation accused him of using a scientific device to burn the student and found that he had preached his Christian beliefs in class.

Freshwater has filed a $1M suit against the school district saying they violated his freedom of speech and his civil rights.

Yes, it's a tough day for a whack job fundy when he can't brand his students. Why this freak hasn't been sent to prison is yet another good reason to avoid Ohio, where such criminals run rampant, burning books and the flesh of children.

It kind of makes one pang for the days when Roman emperors simply threw early Christians to the lions for entertainment. But really it was a failed attempt to curb a cult that got out of control.
Posted by Jim Provenzano at 7:15 PM

I think they should burn a big L on his forehead. And why are the lawyers walking away with over 2/3 of the settlement? Isn't the going rate 40%.
Ohio won't be on the top of my vacation list...but was it ever?
RAJA