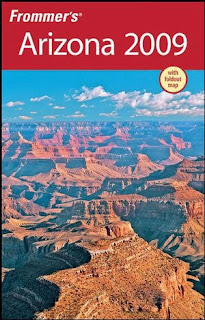 Frommers Tour Guides recommend a boycott of the entire state of Arizona!

The founder of Frommer's Guides, Mister Frommer himself, dishes it out!

I am shocked beyond measure by reports that earlier this week, nearly a dozen persons, including one with an assault rifle strapped about his shoulders and others with pistols in their hands or holsters, were openly congregating outside a hall at which President Obama was speaking to the Veterans of Foreign Wars.

For myself, without yet suggesting that others follow me in an open boycott, I will not personally travel in a state where civilians carry loaded weapons onto the sidewalks and as a means of political protest. I not only believe such practices are a threat to the future of our democracy, but I am firmly convinced that they would also endanger my own personal safety there. And therefore I will cancel any plans to vacation or otherwise visit in Arizona until I learn more. And I will begin thinking about whether tourists should safeguard themselves by avoiding stays in Arizona. 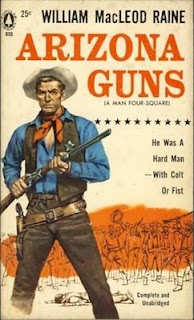 Read more at "Do Guns at Political Events Disturb You? Then Consider Skipping Arizona for Now."

Considering that as I type this my brother is moving my mom from her Tucson home for the past year (where the neighbor's dog viciously killed her cat, among other problems) to her new home in nearby Oakland, I'd say it's a boycott I can keep.

I mean, really. Boycotts on Whole Foods (CEO is an ass about healthcare reform), RockStar drink (despicably awful swill sold by despicably awful rightwing freak spawn of Michael "Savage" Weiner) and the like are just too easy!

Make me boycott Netflix or chocolate chip cookies and I'll have a problem.
Posted by Jim Provenzano at 8:12 PM